The Indian headdress was worn by the brave and powerful. 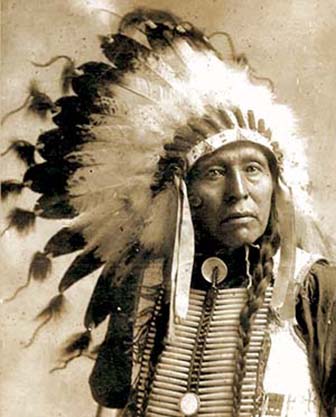 Although we may not know the symbolic meaning of Indian headdress, many people find them to be beautiful works of art. It is believed that the Sioux Indians created what is thought of as the traditional Indian headdress. This is the feathered headdress often seen on warriors and chiefs in paintings and pictures. Only the most brave and powerful of the tribe wore headdresses.

Before the invasion on their land of the white man, the custom of wearing Indian headdress spread through the many tribes. However, each headdress varies from tribe to tribe as it represents the culture of each tribe. The individual wearing it would often customize Indian headdresses, thus making it unique to that individual.

People always associate Indian headdress with feathers, but do you know what the feathers represent? Warriors earned a feather each time he did something the tribe felt was a brave act. Many times, the first feather earned by a warrior was given to him for being seen as an adult member of the tribe. However, the warrior was not just given the feather. The warrior had to prepare himself to receive such an honor and that often require days of fasting and meditation.

Each time the warrior earned a feather, he would either wear it (but he only wore a couple into battle) or put it on a pole used for special occasions. Once he had collected enough feathers, they were then made into a headdress. Because each feather had a special meaning, binding them together in a headdress made that Indian headdress even more special. Only the men, closest friends of the warrior, were involved in making the headdress. The Indian chiefs also “earned” each of their feathers. The most prized of all feathers to receive for an Indian headdress was the Golden Eagle feather. Because the Indians saw the eagle as a messenger of God, this feather could only be earned through hardship, loyalty, and strength.