Learn about the Crow Indians and their tribal culture. 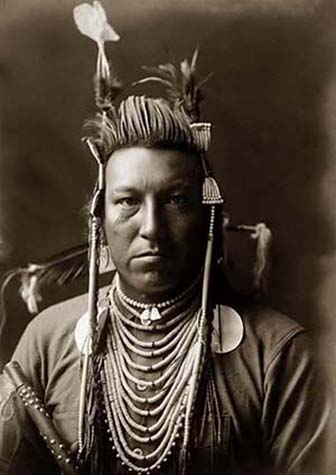 Currently residing in Billings, Montana on a reservation, the Crow Indians at one time lived in the Yellowstone River Valley. They spoke a sublanguage of the Missouri River Siouan. Today, the Crow Indians mostly speak English and a few keep the Siouan language alive through ceremonial celebrations.

Flash back to the 18th and 19th centuries and you would find Crow Indians living in teepees made from long, sturdy wooden poles that are covered in animal hides, most likely buffalo. The Crow built large teepees to accommodate multiple family members so they could sleep on the inside perimeter of the shelter. By sleeping in that arrangement, they had room for a fireplace in the middle of the teepee. Part of this teepee included a hole near the top that acted as a ventilating system for the fireplace.

The ladies of the Crow Indian tribes never really dressed elaborately. They made use of the hides for clothing from animals killed for meat. Usually these were sheep, bison or deer. They kept their hair short while the men often times had hair down to at least their waist. The female Crow Indians covered their legs and wore moccasins while the men’s clothing was a little fancier.

Today, the Crow Indians have their own council on their reservation in Montana. They keep in touch with their roots by putting on yearly parades and other events. In addition, the matriarchal views are still alive and well. The Crow Indians council has a woman chief for their Court of Appeals.