Get your own american gold with black hills gold jewelry. 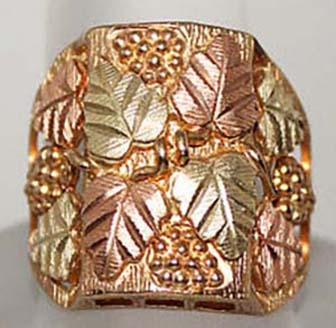 The Black Hills encompasses a small mountain range extending from the western portion of South Dakota into Wyoming. For hundreds of years Native American Indian tribes including the Cheyenne, Lakota, and Sioux Indians have inhabited the area.

The area was held sacred by the Lakota and they believed the Black Hills to be the center of the world. During the gold rush, it most certainly was the center of the western world. Gold was discovered in the late 1860s and as word was spread, white settlement increased. General Custer led an expedition into the Black Hills in 1874, which began a final conflict in the Indian War that lasted two years. The white settlement continued to increase and gold and silver mining became a major economic focus.